Vancouver’s 100,000 Poets for Change happening will inspire the community to act upon ensuring a healthy watershed and wild salmon forever, which have been vital to Vancouver’s cultural and environmental history for thousands of years.

Poets and others will join Fraser Riverkeeper at 1:00 p.m., September 24, on the shores of False Creek East, near Science World. As part of BC Rivers Day, the Great Canadian Shoreline Cleanup, the poets and other volunteers–including a group of students from Farleigh Dickinson University–will remove shoreline litter and debris from one of the dirtiest beaches in Canada. The Riverkeeper will talk about on water quality issues that threaten human health and marine habitat in BC.

After lunch, half a dozen Enpipe Line poets will join in on part of Vancouver’s large book fair’s (Word on the Street) festival at the Downtown East Side’s Carnegie Center, by offering readings from the Enpipe Line project, a 1,173-km-long line of collaborative poetry, out of a resistance to Enbridge’s Northern Gateway Project proposal.

Enbridge’s pipelines disrupt over 1,000 salmon streams and rivers in BC and introduce more oil tankers to the West Coast, causing even more devastation to the Athabasca River and land done by current oil sands mining and production in Alberta.

This poetry reading will be commented on by Fraser Riverkeeper, in regards to the health of the watershed and how it will be affected if the pipeline proposal goes through, and by Moon Willow Press about the potential threats to the arboreal ecology surrounding the pipelines, including the Great Bear Rainforest.

Later that afternoon, at the Carnegie Center, poets are invited to participate in workshops, such as mutual collaboration on chapbooks, with Word on the Street. An open mic reading extends into the evening.

Vancouver’s 100,000 Poets for Change event is sponsored by Fraser Riverkeeper, Moon Willow Press, and Vancouver’s Word on the Street. 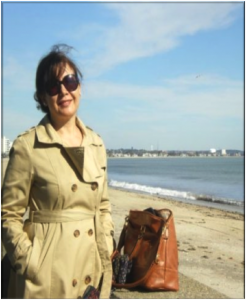