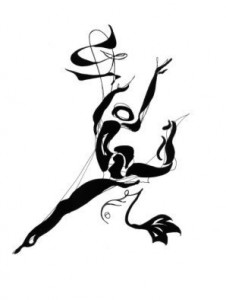 Vancouver’s 100,000 Poets for Change happening will inspire the community to work toward a healthy watershed and wild salmon forever, which have been vital to Vancouver’s cultural and environmental history for thousands of years.

Poets and others will join Fraser Riverkeeper at 1:00 p.m., September 24, on the shores of False Creek East near Science World. As part of BC Rivers Day and the Great Canadian Shoreline Cleanup, the poets and other volunteers, including a group of students from Farleigh Dickinson University, the Rotary Club, Burnaby North Secondary, students, nurses, and others, will remove shoreline litter and debris from one of the dirtiest beaches in Canada. The Riverkeeper will talk about on water quality issues that threaten human health and marine habitat in BC.

Later in the afternoon, half a dozen enpipe line poets will join in on part of Vancouver’s large book fair’s (Word on the Street) festival at the Downtown East Side’s Carnegie Center, by offering readings from the enpipe line project, a 1,173-km-long line of collaborative poetry, out of a resistance to Enbridge’s Northern Gateway Project proposal. Enbridge’s pipelines would disrupt over 1,000 salmon streams and rivers in BC and introduce more oil tankers to the West Coast, and cause even more devastation to the Athabasca River and land done by current oil sands mining and production in Alberta.

This poetry reading will be commented on by Fraser Riverkeeper, in regards to the health of the watershed and how it will be affected if the pipeline proposal goes through, and by Moon Willow Press about the potential threats to the arboreal ecology surrounding the pipelines, including the Great Bear Rainforest.

Later that afternoon, at the Carnegie Center, poets are invited to participate in workshops, such as mutual collaboration on chapbooks, with Word on the Street. An open mic reading extends into the evening.

Stephen Collis is the author of four books of poetry, the most recent of which, On the Material (Talon Books 2010), was the recipient of the 2011 Dorothy Livesay Poetry Prize. Forthcoming books include several parts of the on-going poetic documentary of revolution, “The Barricades Project,” and a philosophical exploration of the concept of “change.” He teaches poetry and poetics at Simon Fraser University, where he is a 2011/12 Shadbolt Fellow.

Stephen will be reading “Take Oil and Hum” (http://enpipeline.org/?p=1012) from the enpipe line.

Wil George is from the Tsleil Waututh Nation (Burrard Indian Band) in North Vancouver, BC, Canada. He is a Salish Poet and Contemporary Storyteller. Wil’s poetry is published in various anthologies and literary magazines including In Our Own Voices Learning and Teaching Toward Decolonisation (Larkuma), and TRANSPORTERS Contemporary Salish Art (Art Gallery of Greater Victoria). He has published a number of chapbook collections, including Raven Pomes (2008), Raven Flight (2006, 2009), and Mountain Bedded Rock (2009).

Alex Leslie’s collection of short stories People Who Disappear will be published by Freehand in April 2012. Her chapbook of microfictions 20 Objects For The New World is available from Nomados. Website: alexleslie.wordpress.com.

Alex will be reading “Project:” (http://enpipeline.org/?p=254) from the enpipe line. 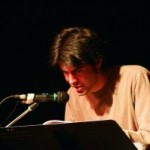 Garry Thomas Morse is the author of Transversals for Orpheus, Streams, Death in Vancouver, After Jack, and Discovery Passages. In 2008, he received the City of Vancouver Mayor’s Arts Award for Emerging Artist. His new book Discovery Passages is the first collection of poetry about the Kwakwaka’wakw (Kwakiutl) First Nations.

Garry will be reading excerpts from “The Chaos! Quincunx”.

Rita Wong is the author of three books of poetry: sybil unrest (co-written with Larissa Lai, Line Books, 2008), forage (Nightwood 2007), and monkeypuzzle (Press Gang 1998). forage was selected for CBC’s Canada Reads Poetry in 2011. Wong has received the Asian Canadian Writers Workshop Emerging Writer Award and the Dorothy Livesay Poetry Prize. She teaches at Emily Carr University of Art and Design, where she has developed a humanities course focused on water, with the support of a fellowship from the Center for Contemplative Mind in Society. She is currently researching the poetics of water. In June 2011, she went on a Healing Walk through the Alberta Tar Sands (described online at Vancouver Media Coop).

Elaine Woo is a poet, comics-artist, lyricist, and non-fiction writer. She has written about issues such as breaking racial and gender stereotypes, political philosophy, the environment and spirituality in many genres including an interview with Michael Nicholl Yahgulanaas, Gene Luen Yang and Chloe Chan. Her work has appeared in Gusts: Contemporary Tanka, Ascent Aspirations, Ricepaper, Asian Cha.com, enpipeline.org, and West Coast Line. She was the keynote reader at a children’s literature conference at the University of British Columbia, reader at the Poetry Tent, Word on the Street Festival, Vancouver, and collaborator with composer Adam Hill in the keynote presentation at the 2011 Vancouver International Song Institute’s “Playing with Fire Concert.” Forthcoming work will appear in the anthology Vancouver V6A, a mural in Vancouver; Whispers Project and enpipeline’s anthology.

Mary Woodbury is organizing this event with Rita Wong, Associate Professor at Emily Carr; Christine Leclerc, Vancouver author and head of the Enpipe Line Poetry Project; Fraser Riverkeeper; and Word on the Street Vancouver. Christine is leading the collaborative Enpipe Line project in which the physical length of written poem lines will surpass the kilometers of the proposed Enbridge Northern Gateway Pipelines.

Vancouver’s 100,000 Poets for Change event is sponsored by Fraser Riverkeeper, Moon Willow Press, and Vancouver’s Word on the Street.

We’d also like to thank the City of Vancouver for the donation of gloves and trash bags, and the loan of trash picker-uppers and vests. 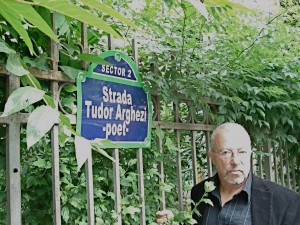