Utopian Direction Art Gallery/Book Shop in Warwick, New York will host a 100 Thousand Poets for Change event in collaboration with an exhibition titled “One More Beat” — poet photos in the galleries as well as readings at the podium. 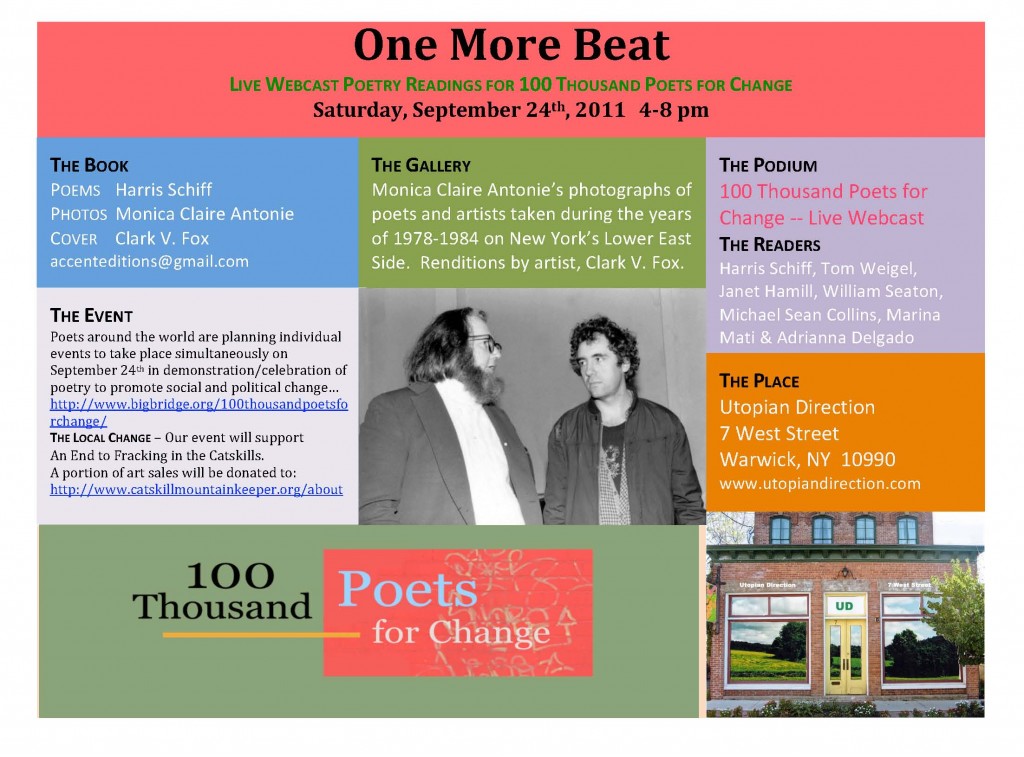