Chris Schulz graduated from Cal Poly with a degree in Child Development and Family Studies in 1977, then  worked with troubled youth. Chris has been involved with Hospice of SLO for 8 years as a Board Member and leads therapeutic writing workshops that feature her love for poetry.

The heat sensitive mammals in Yosemite

Are moving to higher, cooler ground

A steady march of pica and golden- mantled ground squirrels

And over 100,000 glaciers on earth have receded

Leaving glacier moraines and polar desserts in their place

Have intensified wildfires, that threaten the ancient Joshua Tree

Trees that have adapted to the rigors of the desert

But can they survive the rigors of mankind?

The drumbeat of the Dow Jones Industrial Average

That spawned Enron and AIG and eventually the financial collapse

And now 1 in 3 Americans have slipped down the income ladder,

“Downward mobility” they call it,

As the middle class descends and the mammals climb

On children in Bastrop County, Texas

Where over 125 wildfires recently raged in the regions relentless drought?

And the sweet harmonies of New Orleans

Are threatened by flooding again and again

The rents have doubled and many musicians have moved on

Causing some musicians to declare that “Jazz is Dead”

And begin to protect the children that are here?

Will governments, religions and individuals

Ever realize that the earth’s population has reached the tipping point?

And what do we give back?

Disposal diapers, plastic bags and shark carcasses without their fins

In the Amazon Basin, without deforestation

Known as the Amazon Angel,

Dorothy was brutally murdered in February of 2005

Who for years has been out on bail!!!

Will he finally begin to serve the 30 year sentence he received?

Will the slogan that Dot bravely wore on her shirt,

“The death of the forest is the end of our life”

Be heard above the bulldozers and chain saws?

Did the Angel of the Amazon die in vain?

Oxygen masks are touted in advertisements for the Chinese

But their people are choking on greenhouse gases

Will the agreements at Stockholm be fulfilled?

Will the improvements in the environment

We have slowly begun to make in the States

Weaken in the upcoming election,

As politicians fold in fear

Of losing their almighty corporate donation?

That hire hundreds of anti-climate lobbyists

Continue to paralyze our political process as their profits soar?

And the Exxon Valdez

The environmental contamination from petroleum drilling

By Chevron/ Texaco in Ecuador

That left birth defects in newborns and high cancer rates

A $8.6 billion dollar ruling against Chevron

But endless appeals filed by an endless supply of blood money

Has rendered the verdict unenforceable outside of Ecuador

But Ecuador and Brazil are us,

As we remember the words spoken by Dorothy Stang

As I turn from these ugly dark truths

Who sadly passed away last year

She worked tirelessly to save the Santa Margarita Ranch.

Marj Mackey, Dug Chisholm and others

And the September ruling by Federal Judge Emmet Sullivan

That seeks to require the government to protect

More than 800 animal and plant species

Ranging from the northern wolverine,

To the Pacific walrus, and the Checkerspot butterfly

Today, as I belong to this moment of change

I also belong to Ecuador, Brazil and the Gulf of Mexico

I belong to the Checkerspot butterfly of the Pacific Northwest

The wolverine, the brown bear, the San Joaquin kit fox

And the Middle Fork of the Feather River,

That still runs down the canyon, wild and free

I am the avocet, the merganser and the sand hill crane

We can only survive in marshes and fresh waterways.

I belong to the reddened roots of the Indian Rhubarb plant

That hug the banks of high sierra streams

I belong to the alpine glow, the ocean tides, the starry nights,

And the thunder heads that rule the skies

The plains where bison used to roam

The Rainforest of the Amazon

That Dorothy fought for and called her home

We have included a pdf, with correct formatting, for you to download: 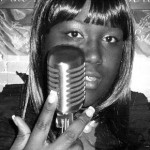