Blood of Marat Boils in the Bathwater

You, Marat,
on considering Passion,
leave the notion padded and pansied.
You are only inviting knives
shining, desirous, angry knives,
letting them slip under the skirts of your ribcage
like so many Casanovas.

De Sade would have his way with you
could he reach you
back through time
from behind his bars.

He’s drafting plays, you know
dreaming of tortures, spilling your blood over and over
a smooth velvet elixir,
into the bathwater that was to have cured you
splashing it over the breasts of France
all heaped up like a baby’s bottom.

Remember, either in or outside of Charenton Asylum,
a man is only as mad
as his concept of madness will allow.

And Marat
your fantastical sciences
couldn’t keep the people from your chest.
Nor did the Enlightenment
protect us from your Politics.
And the greatest sum of your paper and doctrine
didn’t make the killing any easier.

You offered us freedom couched in ideas
You dictated an entire revolution from your bath.

It is written in a play for both you and De Sade:
“We routed out the old tyrants, and now we have new tyrants… but I still believe in revolution.”

Marat—
this revolution has burned up everything in its path.
You promised us modernity from the ashes.
What we see in its place is displacement.
What was placed before us is blindness.
Now blinded and displaced, we are NOTHING.

The smoke of your revolution billows
with the aimless cinders of lusting bodies
peppering the landscape.

This is your sallow seed:
nothing but a wretched haze
occluding our vision
and monotonizing the voice of Independence.

Was it you who lit these bonfires in the street?
I hate them. They keep me up at night.
And how did your song go? Was it sincere?
Ah, yes. I remember the words now,
it was so boring and trite!

You battered our heads with “ifs” and “when!”
Riddled our skulls with that insipid word!
“LIBERTY.”

But we, smitten by the tits and the ass of your revolution,
cannied by your logic, were deafened to the truth
as you pronounced your slogan
garbled as it was

bubbling up from the stinking marsh of your mouth
our future hanging limp as you chewed it: the word pronounced “EQUALITY.”
And, coiled like a snake at the base of a tree, the term “BROTHERHOOD.”

After your greatest moment Marat,
the one where you “let it all go” into the bathwater,
the gendarmes stepped in
to let your precious lukewarm life soup
flow out from the base of the tub
to join with the rest of the Paris sewer water
coursing into the Seine, rushing to merge
with our nation’s stretching jugular. 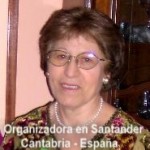