WORLD ARTISTS MARCH FOR ‘GEZIPARK’
AS A SYMBOL OF CREATIVE RESISTANCE

The Gezi Park protests, started as an act of peaceful resistance to save the hundred year old trees at Gezi Park – the final green public space at the heart of Istanbul – have turned into a widespread Youth movement and have inspired millions of citizens in Turkey to stand up for their rights and freedoms which are being suppressed by the system and the people in power. Since May 31st, millions of activists, artists, academicians, students, civil society actors and citizens are marching in the streets of Turkey to save GeziPark, to challenge the status quo, which is ignoring the rights of humanity and the enviroment, and to voice their democratic demands.

The protests, which use the arts as a means for Creative Resistance, combined many artistic disciplines from Sufi dance to ballet, music, literature and humour to spread the message and raise consciousness. The deliberate censorship from national media during these protests once again showed that ART is the best and most powerful medium to connect with the PEOPLE.

Response to the protestors has included heavy attacks by government and poliçe and the use of chemical gases, water cannons, and plastic bullets in an attempt to violently oppress these “rebels”. The park, which was occupied by protestors on the 27th of May and turned into a festival village, was brutally invaded with police force on 15th of June leaving many causalties. To date, 4 people have lost their lives, more than 7,500 people were injured, with 130 severe injuries, and 10 people lost their eyes due to the continued police violence directly targeting citizens, and even private homes. Major cities like Istanbul and Ankara have been polluted severely by chemical gases. Yet, the protests continue all over Turkey, and in many other countries which have chosen to act in solidarity.

NOW is the time for artists from all around the world to stand up against the violations of fundamental rights and freedoms, the misuse of public goods, and the invasions of civic space all over the world at the cost of humanity and the enviroment .

This weekend, let’s fill the streets with our ARTS and HEARTS and turn this act into a worldwide CARNIVAL of Revolution! Let’s become a channel for the voice of the people with our art and creative resistance.

Together, we will mediate CHANGE and help shape the world’s NEW FUTURE! 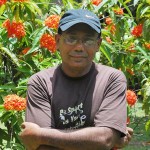