Although the event is scheduled for September 24th, we feel the worldwide growth of the event is newsworthy, since at this time the count of participation is at 350 cities and over 65 countries. This number is growing everyday. 100 Thousand Poets for Change was founded by publisher/poet Michael Rothenberg who is considering “kicking off the day’s events” around the globe from right here with The Los Angeles Poets.
_____________________________

The Los Angeles segment of the global event entitled, “100 Thousand Poets For Change” will host it’s event at 2pm to 10pm on Saturday, September 24th, 2011 at The Wadsworth Theater in Westwood, located at 11000 Wilshire Blvd, Los Angeles, CA 90024 …

At this time, there are over 360 scheduled poetry events with over 300 cities and more than 65 countries taking part. Event coordinating and participation displays a rapid growth since it officially began on April 4, 2011.

The Los Angeles event in planning includes, “Visual Poetry” by artist Tom Reyes,, dubstep dancers of The Urban Academy witth an exhibition to “We Have A Goal”. the dubstep track for CHANGE by El Sol Dubstep.

“We Have A Goal” video for event http://www.youtube.com/watch?v=M5z_n7-XvA0 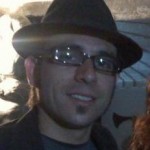