Rosemary Wilvert was the 2007 Poet Laureate of San Luis Obispo. She is involved in local and international environmental issues. She sees the 100 Thousand Poets for Change worldwide event as a welcome occasion to speak out about the overriding issues that face us all.

Some say we need a man
with Teddy Roosevelt’s drive
and FDR’s eloquence to stand up to power. I say, Mr. Obama, look to Mr. Mandela.

He told his jailers that if it was a crime to fight for the freedom of his people, he would continue to be a criminal when he got out.

From his earliest lice-ridden cell he ferreted forbidden news and led his people, emerging after 27 years to the death knell of apartheid.

Mr. Obama, would you rather risk defeat standing up or sitting down?
You have the mandate of millions.
The people who cried

when you were elected cry still.
In front of your house 12,000 were arrested

protesting the tar sands pipeline, struggling for the freedom of your grandchildren from a warming planet’s floods, droughts, barren oceans . . .

I don’t know what it’s like inside
your house. Do you have time to eat together and discuss where the world is going?
It’s time to take up your people’s cry

and overturn the money-laden tables
of corporations and politicians
who spread around the carbon and uranium that should be left in the ground.

Listen to the grumblings of the earth
and make criminal
those who abuse it. 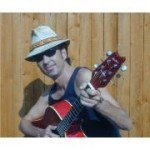